Results of previous years of the Geoffrey Russell Cup are listed here.

2019 saw the inaugural competition for the Geoffrey Russell Cup. During summer term all members of Salisbury Fencing Club were invited to participate in this Foil competition. On the final day of the season the four highest scorers fenced off to decide who would be the club champion.

As neither Carl nor Richard were present on the final day, Chris and Pete (being 5th and 6th in the table) stepped in to replace them. The results were as follows:

So Steve is this year's Champion - congratulations to him! 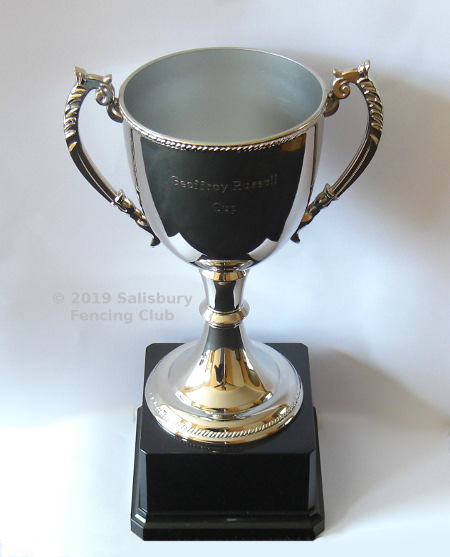 The standings will appear here after each club night. If any two fencers are level on points, the one with the fewer hits conceded will rank higher. The top four will go through to the semi-finals.